The downside of 'charming'

We live in an 83-year-old stone farmhouse that we bought from the great-granddaughter of the man who built it. It has a half acre yard with a barn, fenced-in garden and well house. The floors are gorgeous old hardwoods and there are built-ins in nearly every room.
It's absolutely charming.
Except for this one tiny problem: the bathroom (singular)
There is one bathroom. It is 5'X7' and has no bathtub. When we first moved here, the kids were a little too little for showers, so we bought a 'bathtub from the lawn and garden section of Walmart. 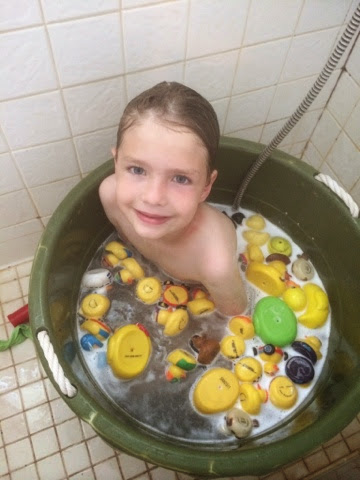 It is still in use. In fact, if we get any more rubber duckies, the whole thing will collapse.
The other charming part is that this is the view through the glass in the front door of the house. 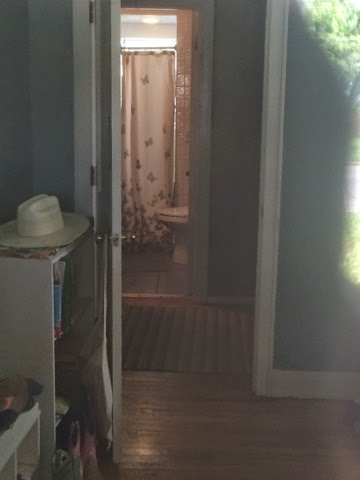 See the toilet in that pic?
The only time the single bathroom has ever truly been problematic is that spring break when Dowlan was living and working in another city and Charlie flushed Melody's glasses down the toilet. For four days, we drove or walked the three blocks to a convenience store until my dad could come help me remove the toilet and get them out.
Black Ninja is lucky, in that all she needs is a litter box. 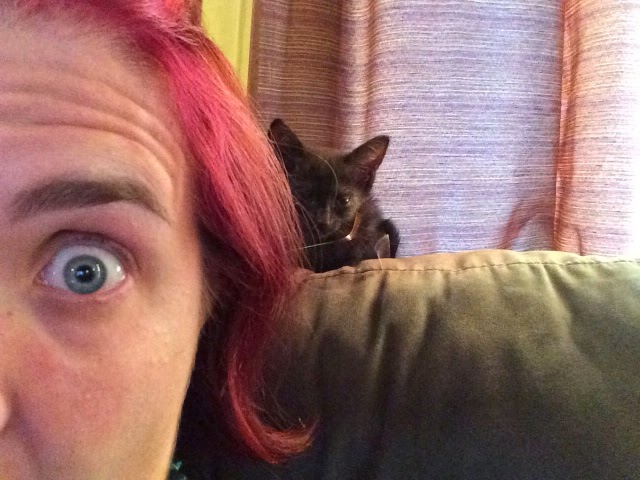 Yesterday, I managed to *not* drive by a 'Free Kittens' sign. Charlie looked each kitten carefully in the eyes and declared her 'the cutest one'
He also declared her a 'he' and is relentless on the subject. (I have hysterical tales about gender identification I need to get up here, stat)
The kitteh-of-questionable-gender-identity is seven weeks old and also quite charming. She is a fan of small spaces that involve perching. 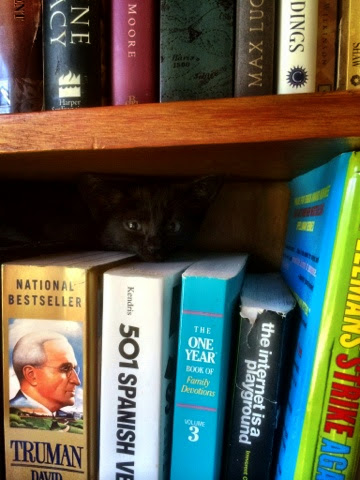 My friend Janet says that there are two types of kittehs: tree cats and bush cats. Ninja is mos def a tree cat. In fact,
On the way home from picking her out, she hid so successfully in the van that it took 45 minutes to find her. (Since my van was extraordinarily clean at the time, this was rather surprising. A week ago, you could have lost an NFL linebacker in there.)
In the process of hunting for her, Charlie stated, "When I named the kitty, I did not know it would really *be* a ninja."
Later that day, Charlie, Ninja and I walked to pick the girls up from volleyball/tennis camp. About half a block away, Dixie spotted her and broke into a run. 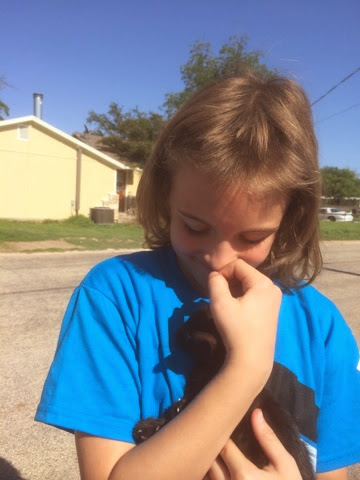 Melody, upon returning home, declared that she needed to spend time with the other two kittehs of the household. "I think it's important that, when the new thing comes, that the old thing isn't forgotten and knows that it is still loved."
Considering we've pulled the 'Oooh, look! A new sibling!' trick on her twice now, I can see how she'd be sensitive to that particular need.
I guess I should go rescue that not from those ducks now.

Black ninja is obviously so aptly named. Hopefully love can be multiplied and not divided.